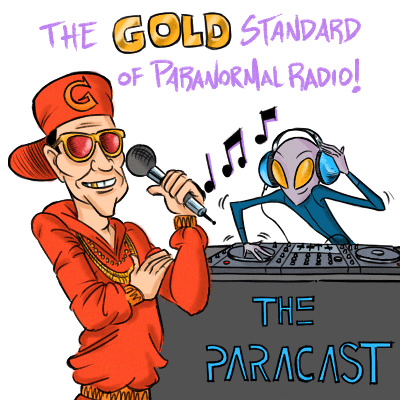 The Paracast is a paranormal radio show that takes you on an amazing journey to a world beyond science, where UFOs, poltergeists and strange phenomena of all kinds have been reported by millions. The Paracast seeks to shed light on the mysteries and complexities of our Universe and the secrets that surround us in our everyday lives.

Join long-time paranormal researcher Gene Steinberg and a roster of special guest experts and experiencers, as they explore the realms of the known and unknown. Listen each week to the great stories of the history of the paranormal field in the 20th and 21st centuries.

Host Gene Steinberg is an award-winning author and journalist who has spent years covering the strange and the unknown. He was first exposed to the UFO mystery when he was just 11 years old and his brother "accidentally" left a book on the subject on a coffee table. Over the years, Gene has met and interviewed many of the legendary researchers in the field, including John Keel, Dr. J. Allen Hynek, and Major Donald Keyhoe. He has also published paranormal magazines, and once even sponsored his own UFO convention.